Cart is empty
Cart is empty
View cart
Checkout
Home/Graphics/Printing graphics/P. Ya. Pavlinov "Hall of the III International". Sheet No. 49
19 of 33 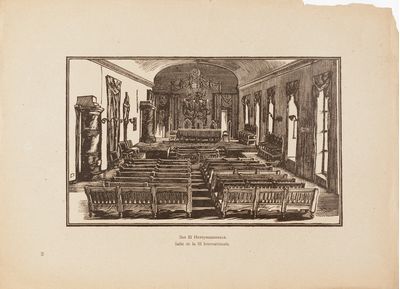 He worked in "ROSTA Windows". Together with V. A. Favorsky and K. N. Istomin, in 1918 he created the Puppet Theater in his house (since 1919, the studio of the Puppet Theater of the People's Commissariat of Education; in 1920, it was transferred to the Chamber Theater). One of the masters who revived the art of woodcuts (since 1916). In book woodcuts, he developed new compositional and lighting solutions, methods of conveying drama, used an expressive black stroke. He created views of old and new Moscow, bookplates, watercolors. In the 1930s, he switched to ink illustrations. Designed performances and films.