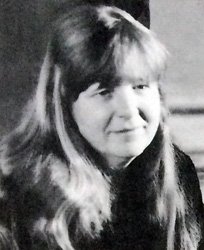 Natalia Sokolova was born in 1943 in Novosibirsk region. In 1950s she entered Moscow Art Industrial School named after M. Kalinin and graduated from it in 1964. Next five years she continued her art education in famous Moscow Institute for the Decorative and Applied Arts named after S. Stroganov. She also studied at the Higher Course of the Central Television and got a diploma of the Production Designer.

Since 1966 Natalia Sokolova has participated in Moscow, Regional, Republic and All-Union exhibition. In 1974 she became a member of the Union of the Artists of the USSR.

Her art career Natalia Sokolova started in the beginning of the 1960s, at the time of short freedom in art development in the USSR which is known as “Thaw" period. The most significant influence on her style had a contemplative and philosophical art of her teachers — famous Russian non-conformist artists V. Veisberg and B. Birger. But already in her early artworks we can see features of the traditions of the Moscow school of painting of the 1920s, and later impact of Impressionism (influence of Claude Monet, Konstantin Korovin) becomes more noticeable in her technique. In the most recent works brushwork became freer, wider, more expressive. Her favorite genre is a landcape. Trips all over Russia are reflected in her art series from different periods of her creativity: Siberia, Crimea, Khersones, Moscow, Kashin, Pereslavl-Zalessky.

Since 1989 the artworks by Natalia Sokolova have been exhibited at numerous exhibitions abroad: in Poland (1989, 1997), Spain (1990), at Art Basel, Switzerland (1990), Germany (1992 — 2001). Her paintings are represented in the collections of the Novokuznetsk Art Museum, Surikov Krasnoyarsk Art Museum, Alupkinsky Palace and Park Museum-Reserve in Alupka, Nukus Art Museum in Uzbekistan, “Old Zagora" Musuem in Bulgaria, private collections in Russia and abroad.