Cart is empty
Cart is empty
View cart
Checkout
Home/Articles About Art/The art of Photography in Russia: origins and development

The art of Photography in Russia: origins and development

For a long time, the practical concept of photography was an obstacle for it to take its rightful position among the recognized art types. One of the first works unanimously attributed to art and not to the mechanical reproduction of reality could be the photo montage by England’s photographer Oscar Rejlander "The two ways of life" (1856). It took Rejlander 32 photographic negatives, 20 models and six weeks of work to implement his major project. Just like many before him, the art connoisseur and experienced painter Rejlander strived for conveying artistic ways with the help of the camera. Until the beginning of the 20th century photography was tightly connected with art, using its tried-and-tested methods, well-established genres and vision. The separation was further promoted in particular by art exhibitions organized on a regular basis, which allowed the photographers to rank with artists.

Nevertheless, the history of photographic technology dates back at least a millennium. One of the first people to notice the phenomenon of the reverse image was an Arab scientist Alhazen who used the dark room (camera obscura) to watch sun eclipses. The same image was described by Da Vinci and many Renaissance artists used the amazing invention to design sketches. Technology of the 16-17th centuries allowed for the projection of the object but fixing it on paper required artistic skills. The first person to succeed in fixing the image on a plate covered with asphalt was the French inventor Nicéphore Niépce. Having taken up lithography invented in 1796, Niépce went on to create the first heliography (picture made by light), which still required the work of an engraver but meticulously reproduced the real object. Later Niépce concluded an agreement with Louis Daguerre, a theatre sets designer, and handed him over a detailed description of his method. However, he did not live up to the expiry date of the agreement. Daguerre went on with his experiments on his own and as a result received the "daguerreotype": latent image on a copper plate covered with silver chloride and fixed with salt solution. Almost in parallel to him, the invention of photography took place in England, where William Henry Fox Talbot made his speech on the "calotype", the paper negative, at the Royal Society. For the time being the size of the photograph was limited by the format of the camera, as a standard 6 х 8 inches, and at that time there seemed to be no possibility to enlarge either the English or the French negative. 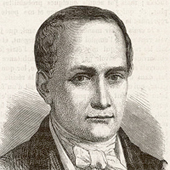 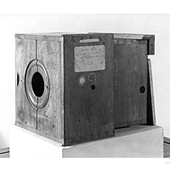 In 1839 when Louis Daguerre formally announced the creation of his "daguerreotype", Russia had already been aware of the brilliant new invention. The actual state councilor and academician of St. Petersburg Academy of Sciences Joseph Hamel first went to England where he familiarized with Talbot’s calotype and sent a detailed report and test photos to Russia. Then he left for France where, under Daguerre’s guidance, he made a few photos himself. From now on photography in Russia starts its rapid development. By the end of the 19th century Russian photographers took active part in international exhibitions and salons where they were frequently awarded prestigious prizes, and Russian inventors worked non-stop perfecting the technical side of photograph creation. The real pioneer of the Russian photography was Moscow engraver Alexey Grekov who opened his first salon of portrait photography in Moscow in 1840. He also published a brochure describing the method of creating a modern photograph, made daguerreotype significantly cheaper by covering copper and brass plates with silver by means of galvanoplasty and introduced many other innovations to facilitate the painstaking and sometimes unpleasant process of taking photos for the client.


A significant contribution into Russian photographic art was made by Sergey Levitsky who served at the chancellery of Count Stroganov. Having taken fancy to photography Levitsky attended lectures at Sorbonne where he got acquainted with Daguerre. Further he introduced many novelties into the new art: he designed a bellows camera to improve the focusing process, was the first to use interchangeable decorative backgrounds and retouching of the negatives. His photographic studio in Saint Petersburg put on display a magnificent collection of portraits of the outstanding personalities of the time.

With the arrival of color in photographic art in 1861 the Russian photographer of the House of the Romanovs took stage. His name was Sergey Prokudin-Gorsky and he was a real expert of color photography.In 1903 Prokudin-Gorsky got his personal specially made equipment for color photography produced by the best German companies. His photos were printed in the form of postcards and book illustrations and also projected to the big screen right from the plate. The first demonstrations of the kind in Saint Petersburg and Moscow in 1905 would bring the audience to their feet.

In 1887 the Russian magazine "Photograph" was first issued, and at about the same time the new genre of photo report was born in Russia. The groundbreaker of the genre in Russia was a photographer from Nizhny Novgorod Maxim Dmitriev. A brilliant photographer, the author of numerous large-size works in various genres Dmitriev gained excellent reputation in Europe whereas he was often criticized at home for the "inadequacy" of the objects of his art. Dmitriev created a whole series dedicated to the famine in Povolzhye. When visiting the most drought-affected areas he captured the sufferings of the people and the daily heroism of the doctors and nurses.

The start of the 20th century gave birth to the whole new galaxy of wonderful masters of photographic art, among those were the founder of the Russian photojournalism German Karl Bulla, who was an incredibly popular photographer specializing in portraying the Russian capital (St. Petersburg) and famous people of his time, the first military photo reporters А.Ivanov and D.Nikitin, photographer and artist Anatoly Trapani, who worked mostly with photo etching and multicolor bromoil, he was also the first to demonstrate nude photos, and many others. At the beginning of the 20th century photography was still much influenced by art, having borrowed its genres and ways. In particular, so called “krashenki”, hand-painted photos, were extremely popular in Russia in that period. 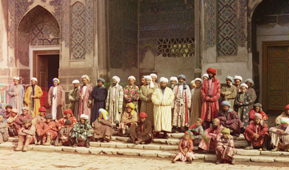 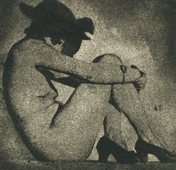 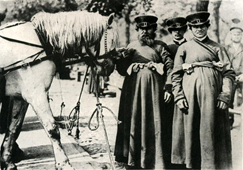 The history of Soviet photography formally marks its beginnings in 1931 with the exhibition of the members of the avant-garde constructivism group "October", which consisted of the great innovators of Soviet photographic art - Pavel Novitsky, Alexander Rodchenko, Boris Ignatovich and many others. In contrast to them the proletarian clan appeared, including such brilliant photo artists as Jacob Halip, Semen Fridlyand and Max Alpert. They worked in the realistic genre and strived to create a uniform proletarian photographic style. In 1950-60s photo report became the brightest trend in Soviet photography. The artistic lenses were focused at the problems of social inequality and the moments of everyday life, the irony and tears in the genre scenes, romantic fleur of the ordinary things and desired freedom expressed in children’s portraits. One of the most famous photo reporters and photo artists of the time was the classic of the Soviet photography Valeriy Gende-Rote, the author of the legendary photo of Gagarin reporting to Khrushchev and fascinating portraits of Sophia Loren who visited USSR in 1960s. The photos of the 1960s are filled with psychology, they breathe with love to the human being and are extremely careful with details. They included the works by Alexander Vikhansky, Igor Gnevashev, Grigory Dubinsky and the whole pleiad of gifted photo artists. 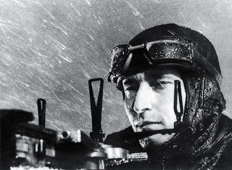 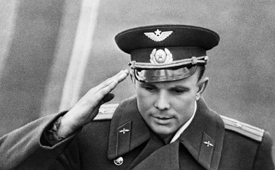 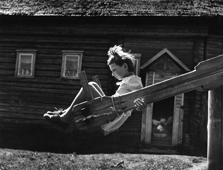 Further development of photography both in Russia and in the world up to the digital era is marked not only by the strengthening of the realistic trends but also by brave experiments, the impact of new technology and the search for artistic methods which will finally transform photography into a separate artistic area. The author’s vision, the ability to create an atmosphere and the artistic concept play the key role in the creation of the art photographs. The digital era revealed unforeseen before opportunities to make original photos and it turned photography into "mass" art, edging out the film technology to the sphere of retro.

Nevertheless, photography has never lost its practical purpose. Family photos and pictures capturing everyday events have had the same value for their owners both in the past and in the present. Thus the abundance of technical facilities along with the accessibility of photography allow for drawing a more precise line between the art of photography and amateur pictures. The works created by genuine artists of photography become collector’s items and original décor elements in modern interior on a par with graphics, posters and artworks.

The ways of using photography in interior design are practically unlimited. It creates a necessary emphasis and atmosphere, expresses the owner’s individuality and highlights the advantages of the ambience. Art photography teeters on the edge of two worlds – reality and fantasy. It is capable of channeling the exact inner feeling you have about the world and can also emphasize the functionality of the room, without losing its realistic air or upsetting the equilibrium of the interior. Art photographs in your interior are not mere decoration, they fill the room with special air, make it more exquisite and artistically valuable. Photographic art, as well as paintings, significantly impact the inner world of the person who gets in touch with them every day, and transform your apartment into a genuine oasis for the soul. Indeed, no one in contemporary world would doubt that photography is an art capable of provoking mighty emotions.